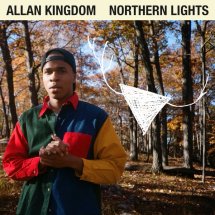 “You gotta change too.” These are the words that find themselves at the forefront of Kanye West’s cohort Allan Kingdom’s, Northern Lights project, even before the ‘Intro’. And change he does. This project is loaded with vibey vocalization and production to the point where each track has Kingdom wearing a different hat. From being trapped in his feelings with sentiment to transferring a high level of funky confidence through sound waves show that Kingdom isn’t letting anyone hold him back, least of all himself. It takes both that high level of confidence and an even higher level of originality to make it as an artist in an age where everyone with a computer and a pulse thinks they have a shot.

The originality is what makes Northern Lights, perhaps the most exciting and promising release of 2016 so far. Simply put, very few artists are as hard as Kingdom to pinpoint. Song after song I found myself wondering where he would tether ideas together and how they would sound. In the end, he really didn’t; and it didn’t matter. His vocals and delivery style are likely unlike any other artist you’ve listened too. His style is well realized here by his collaborators who are lending a hand all over this project. Executively produced by Plain Pat and featuring the creative minds of Jared Evan and long-time hometown collaborator, Ryan Olsen.

Heavy synth elements travel a path established by artists like Kid Cudi and Future yet the rest of the album is drowning in classic and experimental elements that draw influence from Chance The Rapper and aspects of Kanye West’s entire catalog. The weightlessness of distant piano keys is introduced to trappy hi-hats and chest collapsing bass all combine to amazing effect on ‘Fables’. He transitions from heartfelt to aggressive when he hits listeners with bars about the oppression of originality placed on artists in ‘Monkey See’.

Kingdom uses poetic rhetoric to keep his thoughts in the form of meaningful sentences that consistently vary in cadence and flow, making each song its own. Tracks like ‘Monkey See’ and ‘Interruption’ hit a rhythm that chops like an onion on Top Chef while songs like the title track and ‘Disconnect’ skip smoothly as though his words are a stone being cast over a calm lake. Those metaphors I just used help show how hard it is to predict Kingdom’s versatility and it is just that, that gives me hope for where he can take his sound.

His autotuned croons of love on ‘I Feel Ya’ take a backseat to his more forward and mobile depictions of life at the moment. But, there is no doubting the talent and fearlessness that is contained within the man behind this project. Some may argue that his lane-switching from style to style screams a longing for finding himself but I would argue that this project shows a Kingdom who has almost fully come into his own. Rather than uncertainty, his experiment alludes to a confidence and comfort that is entirely audible in the 13 tracks contained within the most interesting project of the year so far. 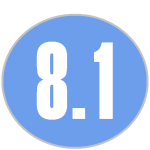