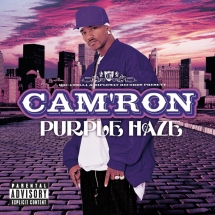 The Diplomats. A collection of Harlem-based rappers, connected by their ability to define a new era of location-based music. For a while in the 2000’s, this collective set a new standard for what east-coasters should be bumpin’ in their whips, cribs and clubs. Heavily sampled and extremely energized beats combined with brash, comedic and clever wordplay were the criteria. The sound is a very familiar one, in the sense that almost every song involves the use of a Casio, other electronic elements and a some sort of looping vocal or sample. Perhaps the most successful of the Dipset trio was Cam’ron. His career has been hidden beneath a cult-level of fame. He was never as well known as the people he collaborated with but has gets no shortage of love from the music listeners who consider themselves connoisseurs of the strange.

The music isn’t particularly strange in itself, but Cam, Cam is a different breed of entrepreneur and musician. He was known for awhile by his fashion sense which usually included pieces of solid pink and purple clothing and even an all-pink Range Rover. During the more recent Ebola scare, Cam took the path of the hero and created something no one knew they wanted, her created a custom Cam’ron Ebola mask…or maybe no one actually wanted it, I forget. Terrible or terribly clever ideas aside, Cam’s 2004 album, Purple Haze was the epitome of the one-of-a-kind music that Cam and his crew could create.

The album was a Diplomat fan’s wet dream. A light-hearted gangster story, filled with interesting musical choices that by some miracle almost always seemed to work. The ideas and concepts at times seem like they were laughed about in the heat of a late night smoke session. From chipmunk vocal choruses to a rudimentary twist on the classic “girls just wanna have fun” excuse for a line; no idea was too outlandish. The approach fully captures the direction hip-hop was taking at this time. It was getting comfortable with the likes of Ludacris-esque rap infused with comedy and more experimentation than a college dorm hall. And if we can think back to those times, I think we would all go back in a solid agreement that they were a hell of a lot of fun. That is the sense of nostalgia you get from this album, it just sounds like the early to mid 2000’s and it’s something that you keep thinking back to, even if there are moments you would rather forget.

A Sherlock Holmes reference in ‘More Reasons’ perfectly illustrates the neo-gangster movement Cam was starting. The intricacies of his thesaurus-perusing bars are held much higher on his ladder of importance than telling a connected story. It was a lot lighter and more relatable to suburban youth than the depictions of constant gunfights and gang wars. Gangster rap was transforming and moving into a new class. The project is almost completely devoid of any seriousness and is loosely connected by strange pseudo-conversational skits. Most of the songs also come across as an attempt to be Diplo-anthems. Big sound, high pitches and a brisk pace. I think 2003 – 2006 was the biggest transitional period for hip-hop and this album is rightly in the middle of this renaissance of sorts. It was adopting new technologies for beat-constructing almost every other week and producers were producing buffets of sound for artists to sift through and pick from. The outcome was a bunch of albums that today we can look at and call classic based on the success of a majority of single-use songs. The problem, evident in this project, is the lack of cohesion. The album is hardly anything you would want to listen through in its entirety unless it is serving as background music to another activity. The classic status can be justified through its ability to stay modern and fun while defining a niche in the genre. 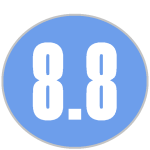