North America get ready to drink more water this summer into the fall, as Chicago’s Mick Jenkins just released the tour dates for his upcoming North American tour. The tour, with support from STWO, will kick off in Indianapolis on August, 29th and will stretch into early October with stops in New York, Boston, Washington D.C., Los Angeles, Canada and many more. His hometown fans can also catch him at Lollapalooza this year.

Check out the tour date’s for Mick’s North American tour below. 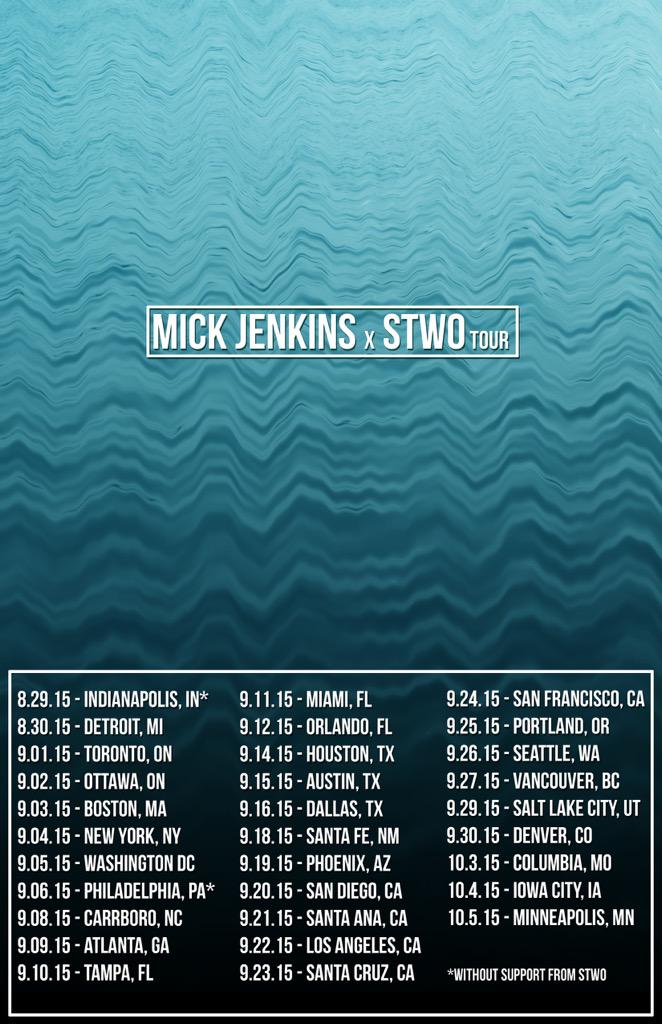