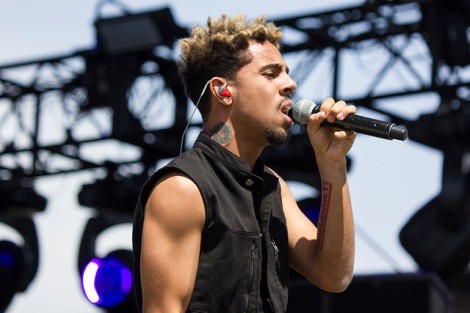 Is Chet Hanks serious? After receiving a ton of bad press for his rap usage of the N-word, despite being white, Tom Hanks’ son, and therefore having zero street cred, Chet Hanks has now called out SAVEMONEY rapper Vic Mensa. After Vic (rightfully) called Chet Hanks a clown on Instagram, soon after Chet defended his N-word usage (citing freedom of speech), Chet accused Vic of being salty over an alleged encounter at a Beverly Hills party. In reply to Vic’s comment on Instagram, Chet wrote:

“I already knew u was a hater when I saw u at that house party in Beverly Hills but u was mad salty towards me cuz the girl you was with was feeling me and giving me her attention… I remember u taking her ass I’m a corner all heated and shit. U ain’t built like me lil boy, hahahhhhh. Don’t act like u don’t remember!!”

This will probably not end well, but it will be interesting to see if Vic responds. Check out screenshots of the Instagram posts (courtesy of VLAD TV) below.