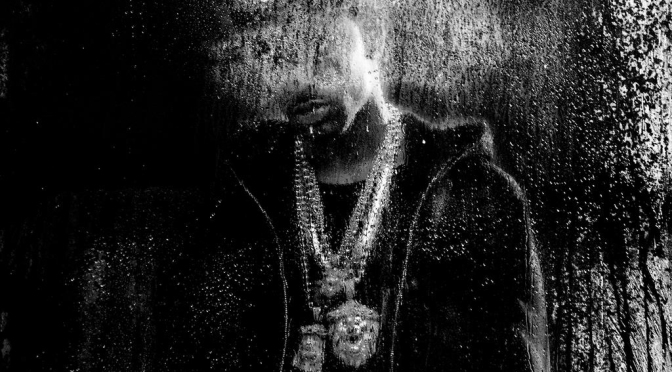 It’s fair to say Big Sean has been feeling some type of way lately. Glancing over the past couple years, one could pick out that his last album, Hall of Fame, was ironically average and commercially poor, and on top of it all, he endured a very public and bitter split with his ex-fiancee and Glee star, Naya Rivera. Lately though, not only has Sean rebounded with another tabloid-attracting lover in songstress Ariana Grande, he has signed a new management deal with music-juggernaut Roc Nation, but more importantly, he has been killing every feature or single released from him in the past few months. With this overflow of amazing music, not only is he making up for lost time and turning heads in the process, but he has managed to craft his best studio album to date in his latest effort, Dark Sky Paradise.

The first six songs on Sean’s album are almost flawless. On the album’s intro ‘Dark Sky (Skyscrapers)’, Sean plunges into the makings of his very character, his machine-like ambition, the recent and still tender subject of his love lost, and coming from his rugged, unforgiving hometown of Detroit to the highest echelon of hip-hop relevance. Boi-1da’s beat is cinematic, building into a banger as the song crawls along. ‘Blessings’ and ‘I Don’t Fuck With You’ are the now-familiar singles that you’ve already heard, the former being assisted by Drake with a standout verse with some topical punches at Birdman and Cash Money Records: “If we’re back from something there’s some checks you owe us/I expect that payment, nothing less or over”. Ouch. The latter is the DJ Mustard, DJ Dahi and Kanye West produced smash that outlines Sean’s very public breakup with Naya Rivera, that has Sean throwing some hilarious topical punches of his own, all before a nostalgic E-40 feature and a phenomenal beat switch courtesy of Mr. West himself.

A less familiar highlight on this six-song streak involves the the same tandem of Sean and Ye, with ‘All Your Fault’. Here, Kanye delivers one of his most memorable and rewindable verses in recent memory, filled to the brim with quotables and charisma. The beat is ever changing, winding and turning back and forth from a minimalistic soul sample to explosive trap-like hi hats. Sean gets his own licks in, all before him and Kanye trade lines Watch the Throne style until the track sprints to an abrupt, dynamic ending. ‘Play No Games’ is another gem, with Chris Brown on hook-duties doing an incredible Charlie Wilson impression, and Ty Dolla $ign adding harmonies and an auto-tuned bridge of his own. ‘Paradise’ is a track we’ve heard before when Sean dropped this on his Soundcloud back in September, except he’s added an additional verse that makes up for the recycling. Sean’s flow is as spastic and jittery as ever, with punchline after punchline without a pause or a misstep.

It’s at this halfway point that the album completely pivots into a different tone. The first half is a varied barrage of bangers and uptempo jams that are guest-ridden and pumped with the most single-potential, while the second half submerges itself in a cloud of a slower, more bleak and severe manner. Even party-record god DJ Mustard turns it down for the slow burning slapper ‘I Know’ with Jhené Aiko, a record exploring the tribulations of a relationship, and that person on the outside who can make it feel better. Mustard’s signatures are all here, that “hey” sample on loop with the snaps, that repetitive bass-line, and yet, it still feels a little progressive for the usually formulaic producer. Sean brings his usual witness and conceptually never loses his footing, while Jhené comes through flaunting a more seductive, vixen-type role than we are used to hearing. We’re not complaining.

The darkest shade of Dark Sky Paradise is the reflective and ominous ‘Deep’. Sean contemplates where his life of glory and excess fits in with his idea of God and religion, with his usual flow over a very typical ambient instrumental. Nothing about this song is particularly spectacular until Lil Wayne blesses the track with one the best verses we’ve heard from post-jail Weezy. Wayne ditches his usual lacklustre bars to explore the idea of legacy and impact in hip-hop, penning his verse specifically to Sean:

“I feel like Sean, don’t get enough shine/Is it because he ain’t got the tattoos, he ain’t throwing up signs

Well let me throw up mine and also let me show this vision of mine/ Fuck the finish line, just finish in lines

And if getting your point across crosses the line/ Some of the time, then cross it with pride

So just spit it back and hope somebody diggin’ that”

Not only is it touching and personal, Wayne’s flow is impeccable, delivered with finesse, and is quite possibly the closest thing to mixtape-Weezy we’ve heard in ages.

‘One Man Can Change the World’ is a GOOD Music crew cut that is a hopeful ballad of sorts, with John Legend and Kanye West trading hooks, all while Sean reminisces on his Grandma’s age old wisdom, and the permanent impressions it made on his life. The grey clouds part for the shining ‘Outro’ with Kanye returning again, this time, on production duties, as Yeezy returns to old form with a looped, bubbly sample so funky that it could’ve easily been plugged as background music for a meth-cooking montage in Breaking Bad. Sean returns to playful punchlines and skipping psuedo-philosophical gems between beat breaks.

Dark Sky Paradise might sound like an awkward title and even a little discordant, but if you think about it, it’s very fitting. The record is split into two halves—’Dark Sky (Intro)’ marks the beginning of a stint of songs featuring a lyrical and insightful Sean, fueled by struggles and ambitions while delivering line after line and concept after concept with the greatest execution. The ‘Paradise’ half of the album, though, shows Sean’s pursuit of paradise, with songs like ‘Deep’, ‘Win Some, Lose Some’ and ‘One Man Can Change the World’ serving as confessional, heart-tugging joints that showcase a Sean spitting with purpose, passion, and sometimes, gravitas. After seeing Sean fall flat conceptually on his last album, it seems he has pulled together a cohesive album that flows with intent and direction, while having the songs and features stand as singular moments as well. Sure, Sean enlisted a whole lot of friends to help him with this project, but what’s impressive is his ability to stand on his own two alongside rap and R&B’s finest, without missing a beat.

Sure, Dark Sky Paradise is not without its flaws, however, it is Sean’s most concentrated, wholesome project to date. Sean has always been public about his spirituality and his belief of things such as the law of attraction, and it becomes very evident on this record. It’s definitely not an entirely “dark” album, though. Throughout any strife and friction on Dark Sky Paradise, Sean always seems to be optimistic and never defeated, and by the time the album is over, it is so personal in nature compared to Sean’s previous work that it feels like you just went on a journey with him. Musically, Dark Sky Paradise is multi-dimensional without seeming random, and stays conceptual and cohesive when it needs to be. It might not be more than expected, but that doesn’t stop it from being excellent.

And be sure to check out our recent interview with Big Sean here.