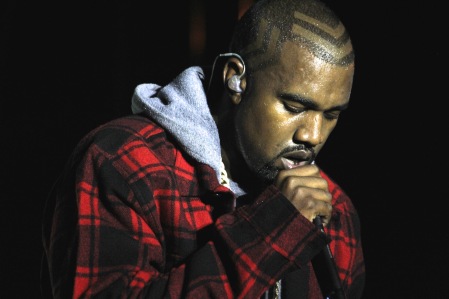 Ralph Lauren took to their Twitter to post a backstage photograph of Kanye West meeting the American fashion God that is Ralph Lauren. The two met each other backstage at a runway show during New York Fashion Week this morning and Kanye looks like a kid on Christmas morning. If you don’t know just how much Kanye idolizes Ralph, you might need to re-watch Kanye’s infamous “It ain’t no Ralph tho” interview with Sway (also below). The respect is mutual though as Lauren made comments, during his Style.com interview, on Kanye’s “it ain’t Ralph tho” moment. “That’s very cool. Well, that’s great. If I were to cater to Kanye, he would know that I’m catering to him. The fact that I make what I make—he gets it. He gets the quality and he respects it. And I think that’s the key, why I work all the time is to do that. That’s the fun.” Check out the photo of the two below.