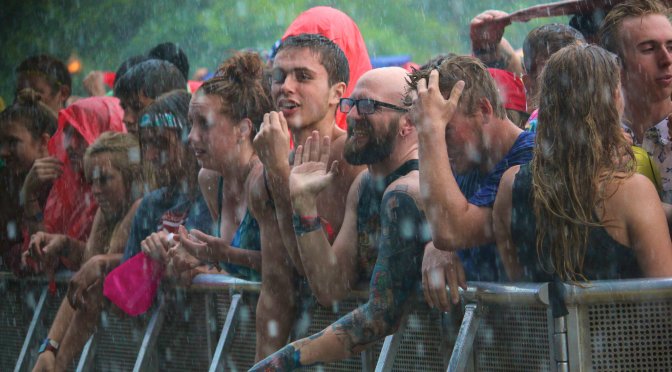 Last year Consequence of Sound posted a feature I wrote, titled “Let’s Play Moneyball with a Summer Music Festival”. In the piece I used price quotes of popular musicians to swap out acts from the 2014 lineup of Milwaukee’s music festival Summerfest, in attempts to also make “the World’s Largest Music Festival” also the world’s best music festival (in my opinion of course). This year I wanted to do the same, in anticipation of Summerfest releasing its full lineup within the next couple months. I used the estimated budget that I calculated last year and booked a number of great and relevant acts in 2015, to show just how great Summerfest COULD be (when the festival as is, is already pretty great!).

First, I want to address the potential issues with this method of booking a new lineup. For one, the various lists I use to estimate what artists charge per show isn’t a complete nor perfect list. For example, it is reported that Usher charged between $1,000,000 and $1,500,000 dollars per show. When Summerfest booked him last year for example, was the actual fee lower because it was for a festival, was it higher because he had to travel to a smaller market state, or maybe it was higher because he wasn’t touring at that moment? There is no perfect way to know, but because the lists I used were consistent throughout my entire process, that was enough reliability for me to conduct this little experiment. The other potential issue is that, maybe Summerfest doesn’t want to be like Coachella? Summerfest has a vast diversity in its acts, and while Lollapalooza and Bonnaroo book a lot of hip-hip and indie acts, Summerfest has a lot of country and 90’s rock. Is one model better than the other? That’s not for me to judge.

So first I needed an estimate of this years budget. In order to do this, I figured the best and most consistent way was to take the acts from the 2014 lineup, find what they charge on average, and use that cap money to “book” new acts. Unfortunately the various lists that report what artists charge are not complete, so instead of guessing unlisted artists’ booking fees on my own, I simply did not include those figures into my final budget. This way I will underestimate things, if anything. After adding things up, the money I had to play with was over $9,292,000 (check my math below if you wish). Summerfest‘s actual talent budget likely may not be this high, but since I am using the same figures to book the new acts, it doesn’t matter.

Now the fun part, time to create an entire music festival lineup from scratch. What I thought would work best is to start off with a very strong undercard of talented rappers. Here I was able to book rappers like Childish Gambino, Big Sean, J. Cole, A$AP Rocky, J. Cole, Lupe Fiasco, Tyler the Creator, Early Sweatshirt, Chance the Rapper, Danny Brown and Travis Scott for just about 6% of my budget.

But I couldn’t have just a solid undercard of rap, I needed some big name rap headliners as well. So why not book almost all of them? Kanye West, Drake, Jay-Z, Kendrick Lamar… check! This costs me more than my solid undercard, but still was only about a quarter of my budget. Next, you can’t have a great music festival without a number of artists with some absolutely amazing pipes. So how about Frank Ocean, John Legend, Lana Del Rey, Rihanna, and Lorde? They come with a price though, and together these great singers accounted for about 13% of my total budget.

We still have about half of the money left to spend, so now we definitely need some good rock and indie rock acts (headliners and undercard). A couple good headliners, borrowing from Coachella would be Jack White and Florence + the Machine, and of course you can’t go wrong with Coldplay. For some of the supporting acts, I decided to add the Alabama Shakes, Kings of Leon, Vampire Weekend, Edward Sharp and the Magnetic Zeros, and Chvrches. In total, this portion of my festival accounts for about 20% of my talent budget. Also, in 2015 any big music festival needs a number of EMD acts. For my mock Summerfest I went with Bassnectar, Deadmau5, Calvin Harris, and David Guetta as some electronic headliners.

At this point, I still have over a quarter of my money left so it is time to sprinkle in supporting acts and headliners all over the different genres. Justin Timberlake? Why not? Drake is there, why not Lil Wayne too? Jhene Aiko? Ed Sheeran? Mumford and Sons? Future? Steve Aoki? MGMT? Where can I buy tickets?!

And how much did this all “cost” me? An estimated $9,000,000 on the dot, with a few hundred thousand left over. Of course things are not this easy but music fans near Milwaukee could sure hope, right?

Check out the faux lineup poster below? REMEMBER, IT’S FAKE!