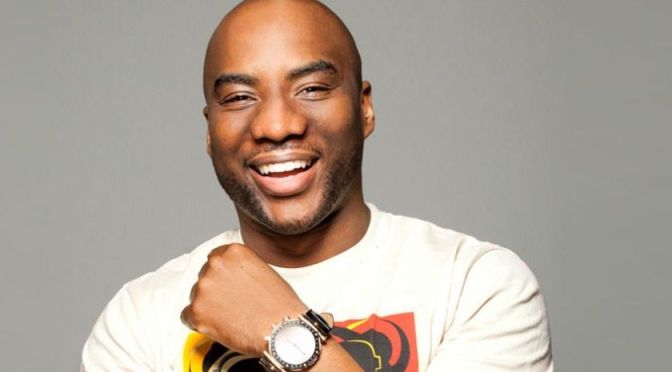 Power 105.1‘s Charlamagne Tha God, a radio personality who often speaks on racial issues and who recently beefed with Childish Gambino about viewing ‘white’ as correlation to success, may be bleaching his skin?

Take a look at the pictures and decide for yourself… Sure, it may just be the lighting… Maybe?

Need more evidence? Fair enough. In a recent Breakfast Club interview with Logic, co-hosts Angela Yee and DJ Envy suggest that he is indeed bleaching his skin when talking about the skin tone of Logic’s father. Check out the interview (6:10) yourself, where Charlemagne noticeably looks lighter.

Angela Yee: …the complexion probably Charlamagne used to be, before he bleached his skin.

DJ Envy: You did!

Charlamagne: I don’t bleach my skin. I’m not dark skinned.

DJ Envy: He was dark skinned.

We would love to hear the clever punchline Gambino can come up with to embarrass Charlamagne for his skin tone shame.

UPDATE: Charlamagne reached out to ask us why we didn’t reach him for a quote for the story first, while we didn’t get an official quote, we got our answer via tweet. Decide for yourself! Guess one of the most filterless personalities in radio even is sensitive about certain topics. We appreciate the recognition though! 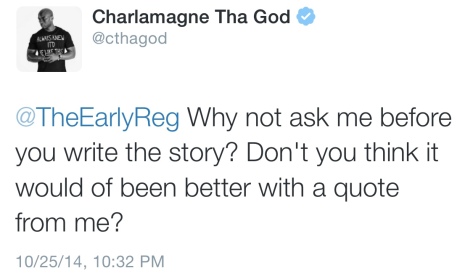 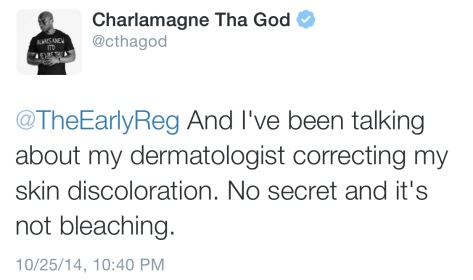 6 thoughts on “Is Charlamagne Tha God Bleaching His Skin? Charlamange Shares His Response With Us.”