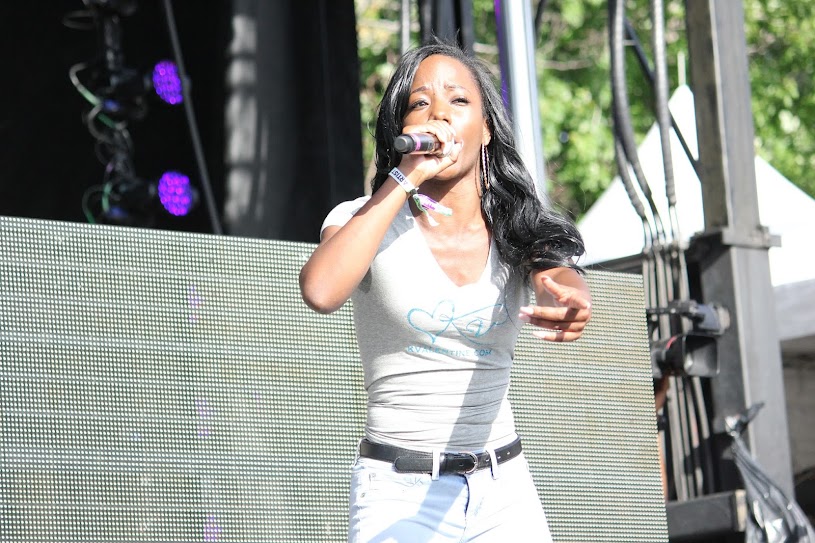 This past weekend Talib Kweli set us up with one of Chicago’s emerging young artists, K’Valentine. From Chicago’s South Side, K’Valentine started her rap career from her passion for poetry and has been actively committed to her music since she began rapping. While speaking with K’Valentine backstage at the North Coast Music Festival after her performance with Kweli, she told us about her journey over the past few years, how she first got in touch with Talib, and her upcoming project “Organically Earned” (you heard it here first!), due out later this year and executively produced by Talib Kweli.

So tell us a little about yourself and how you got start.

Born and raised in Chicago, South Side of Chicago. I started out writing poetry since I was a little girl. It has been a little over three years since I have started recording rap, because the poems transitioned into songs. I put out a couple of projects, I got the chance to open up for Mindless Behavior and I got a chance to work with a couple of different Chicago artists.

I met Talib because I got backstage at one of his shows and now he is executive producing the mixtape that I am currently working on. I just got back from Boston, he had me out there, I performed at the Boston Urban Music Festival. So right now I am just working on my mixtape that he is producing and we are going to put it out soon.

How did you first approach Talib?

You know what, what it was is I had a friend, who had a friend, who was working backstage so that’s how we got back there. So there were a few people back there and we were able to take pictures with him. So when I got the chance to talk to him, I let him know I do music. He asked “how can I find your music?” I told him “you can go to my website or you can give me your number and I can send you the link”, so he gave it to me on the spot. Since then, we have been working together. 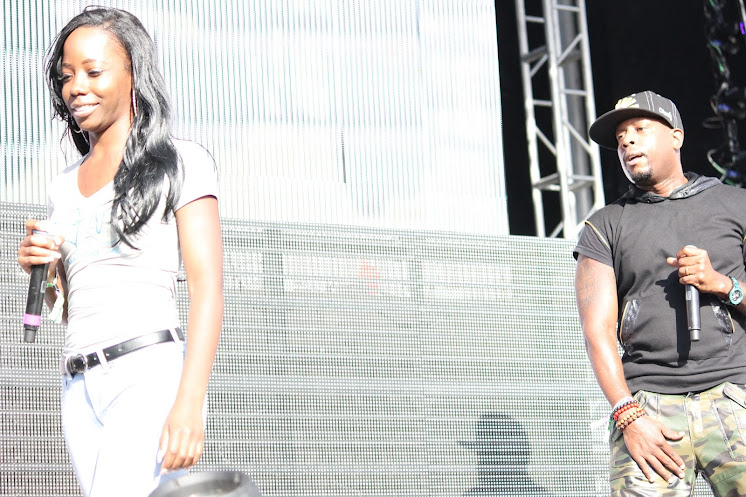 You said it has been three years, did you just hit the ground running or has your  commitment to music it progressed more and more?

I would say, as of late, it has been progressing more and more. I’ve been committed since I started, but once I did my Chi-raq remix I was featured in the Chicago Sun Times and the RedEye. A lot of people put out remixes to that song, but mine was more so anti-Ch-raq, against the gun violence. It had a lot of people reach out to me. Talib saw the video and tweeted it, and that helped and everything. And now we’re just trying to get this project done.

What are you thoughts on the Chi-raq movement?

I have friends who are in Chi-raq scene, the thing is I’m against the violence. I’m against people killing innocent kids because they missed their target. I’m against black on black crime. There is just too much blood shed, for no reason. You have all these people dying and they are young people. And really, what was the reason behind it? If you are going to die, let it be for something. There is no reason, it is pointless killing. It’s terrible.

What’s next for K’Valentine? Tell us about the project your working on.

It is going to be called… this is my first time ever even saying the name actually… It’s going to be called “Organically Earned”, so that’s what we’re working on right now. I’m going to release it sometime this year, I don’t know exactly what date because we still have some things we’re working on and everything. And I’m working on a couple of videos right now, so you guys will be getting some visuals. I have a song out now called “Me”, so basically it is just an introduction to myself and you can find it on my Soundcloud or go to my website KValentine.com.

A big thanks to K’Valentine for her time and the exclusive details on the upcoming mixtape and a thanks to Talib Kweli for putting us in touch with her. Check out K’Valentine at her official website KValentine.com and be on the look out for Organically Earned, executively produced by Talib Kweli, out later this year.