Beyonce killed it when she did two nights at Soldier Field in 2016. So how could things get any bigger and better? How about by adding one of the biggest rappers of all-time, her hubby, Jay Z. The two are perhaps the most powerful couple in the world, and they have both dominated their respective genres, so you need to catch one (if not both) of their performances at Soldier Field this month.

Drake is on top of the world right now, and it’s hard to name a single artist bigger than the 6 God. Every track he touches is gold, and he is breaking streaming records left and right. So why don’t you do the Kiki challenge while listening to Drake live, when he brings the Migos to the United Center on August 17th and 18th? 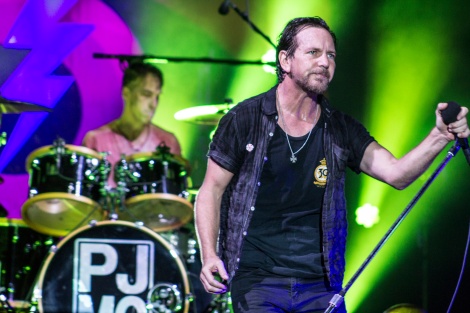 Pearl Jam have performed at Wrigley Field so many times, that I wouldn’t be surprised if Eddie gets his mail sent there? Although they aren’t Chicago natives, they might as well be, because Pearl Jam has always showed a lot of love for Chicago (and the feeling is mutual). If you haven’t caught Pearl Jam at Wrigley yet, then this is your year, and you have two chances to make it happen.

Despite going through a very public breakup with singer Halsey, G-Eazy has been killing it on his headlining tour. The tour is storming through Chicago in just over a week at the lakeside Huntington Bank Pavilion at Northerly Island. Tickets are still available for this one, so visit LiveNation.com while you still can.

Jason Mraz blew us away with his beautiful performance last month, for the Special Olympic’s big 50th Anniversary concert. We loved the show so much, that we need to catch his full set when he returns to Chicagoland on August 25th, as the ‘Have It All’ singer is bringing his tour to the Ravinia Festival in Highland Park.

If you’re a fan of country music, than the premiere country concert in Chicago this month is Keith Urban and Kelsea Ballerini at the Hollywood Casino Amphitheatre in Tinley Park, IL. Trust us, it’s worth the drive, because Keith Urban always delivers and Ballerini is one of the biggest rising country stars in the genre today.

If you just want to witness someone with amazing pipes and love songs, than you need to head to the United Center on August 15th. Sam Smith is bringing his beautiful tracks to the house that Michael Jordan made famous, and you won’t want to miss out. He isn’t too good at goodbyes, but he is great when it comes to delivering an amazing performance.